Last Thursday I competed in my first UCI race. GP Gatineau Road Race, in Quebec, Canada.  It was not my first international race, but as a UCI race it sits on a level of competition above all other races.

Out for an evening spin after arriving in Ottawa 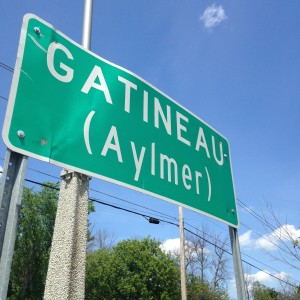 I was nervous going into the race, but knew I was prepared to push myself and compete with this caliber of cyclists. Right from the start it was racing fast and hard.  Probably also because only about 2km into the race there was a road “reduction” where the road narrowed from a full 2 lane street to just a bike path, so everyone was looking to get good positioning.  Then the route went through the park and was constantly at a high speed to break down the large group a bit.  I sat comfortably midpack as we went up the main climb and over rollers.  As we entered the circuit to do 7 laps of the turning and technical course, the speed picked up and became single file for most of the straights and into the turns and round-abouts.  Through here I maintained composure and conserved as much as possible.  There were a couple crashes on the round-abouts but nothing major.  I felt comfortable moving around in the group and at one point went back and got water from the car and then at another point was gunning at the front watching attacks go left and right and swinging from one wheel to another in the action of super fast speeds.  In the final lap of 9km I focused on moving up and getting good positioning for the final sprint.  But in the last round-about section I wasn’t aggressive enough and got caught up too far back going into the last tight turn.  As a result I wasn’t in top 15 or 20 for the final sprint so that knocked out my chances for top 10 or 20.  I put in a good effort to move up, but with this level of competition a good sprint will come from the front, not the back.

Racing at Gatineau GP was an amazing experience and I look forward to racing at more high world class caliber races in the near future. I am getting stronger everyday and I have the drive and competitive edge to race in such large and fast fields. 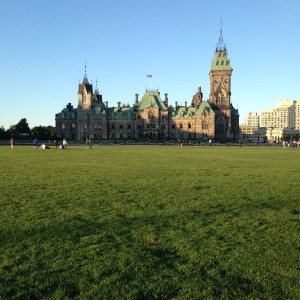 Riding to see parliament while in Ottawa

In the coming weeks I will still be in Canada for training and getting stronger.  The road race season is pretty limited this time of year and most racing in the States are in the form of Crits, which won’t help my greater endurance and future goals.  So because of this, it is important for me to continue training and work towards bigger projects.  I am considering and excited to possibly compete at BC Superweek in July in Vancouver, but that is still in the works and not certain yet. 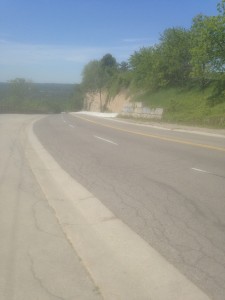 Training on Syndenham Hill … The epic place for climbing hard.

On another note, I fell in love, but not how you would think … The hosts I stayed with in Ottawa had the cutest possible pet I have ever seen, or cuddled.  His name is Sherman, and this bunny is mostly free roaming around their house and was so docile and cute that I could just hold him all day. 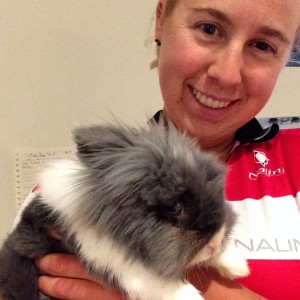 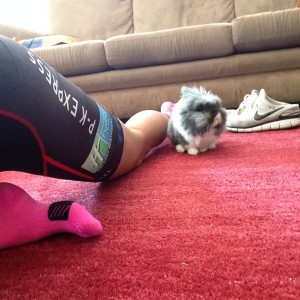