Over the past 20 days I’ve been in Belgium and The Netherlands solo racing.  Just me, my bike, and a rental car.  The first 3 days were a bit uncertain what would play out.  But I came up with a rough list of races and ran (or rode) with it.  Things came together with host housing over that first week. Through friends and connections, I am so grateful for those that let me stay with them during this time.
Once I started the first couple races I realized how much racing there is here and just wanted to do more.  I put together my map/list and got busy sending emails to preregister.  The process was a bit difficult not knowing Dutch, because the websites were all JUST in Dutch.  But figuring out that Weg means road (for the races), Vroumen is woman, and elite … well means elite.  I could get my way through the information to what I needed.  I learned that some races are invite only because they try to set up the race for a certain participant to win.  I was in one of these and interestingly enough she didn’t end up winning.
Most of my drives to get to a race are between 40min and 2 hrs.  Which the Belgians think is incredible to travel 2 hrs for a race.  When I told them in the US most people have to fly just to attend a 1 hr Crit their jaws dropped. 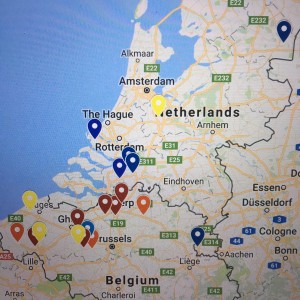 In these post Tour de France crits in the Netherlands last week I raced with some of the best in the world.  Marianne Vos, Annemiek Van Vleuten, Chantal Blaak, Anna Van der Breggen. 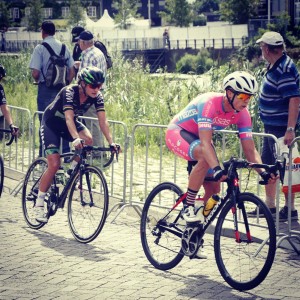 And overall the level of racing in every race I’ve done is a step higher then that of the US.  So that dream of racing in Europe that most American cyclists have, we’ll it has some substance.  Cause this is the place that will make a good cyclist a great one.  And kick the shit out of a beginner.

-The speed is faster in the overall general time of the race
-There is more and constant attacking, so very little time to relax or recover or sit back.
-Much more aggressive riding as a pack and individuals.  If there is space to move into, it will be taken very fast
-Close riding and no/few crashes.  Lots of touching, elbows rubbing, and leaning on each other.
-Everywhere is free game, if there’s not a barrier you can ride there.  I can’t even count how many curbs I’ve jumped, sidewalks I’ve cut across, gutters I’ve ridden and trash cans I’ve avoided just to save myself in a race or to get in a better position and move up. 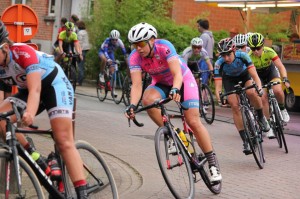 My first week I spent with a host family in southern Belgium. Near Kortrijk, which is very close to the French border. They are really nice and their daughter, 14, is the Belgium junior cycling champion. I traveled out from their house to the races which were mostly road/circuit races. 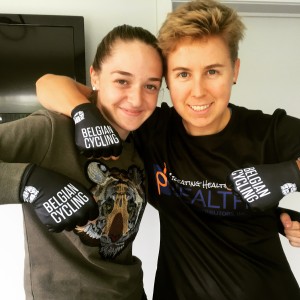 My second week I spent in The Netherlands with a friend/guy that my coach used to coach. He lives in Utretch which is a really nice city and good location for racing.   I had heard that the Netherlands was big for biking, bike paths, and commuting by bike. But didn’t know it was this incredible. Almost every road has a bike path or bike lane, and if it doesn’t then the road gives priority to bikes. Everywhere people are getting around by big cruiser granny bikes. Its amazing!! The weather doesn’t seem to bother them either, even if there is sideways wind and rain there were still people on the paths getting wherever they had to go. 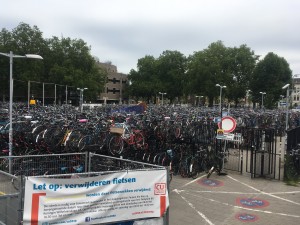 Bike parking in the Netherlands 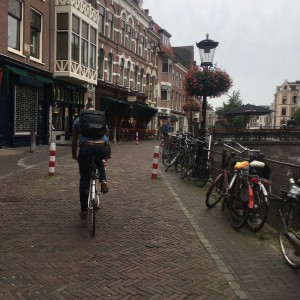 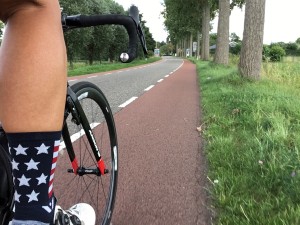 Racing this week was mostly crits, the short nascar style racing. But these were not the normal 1hr hard-easy-hard-easy- sprint kind of American crits. These were all out almost all the time, 1-1hr30min crits. Involving technical courses, cobbles, punchy little hills, and fans everywhere cheering. Also unlike the American crits, when a break gets away it actually has a chance of staying away. Most of the races I’ve done has a breakaway take it to the finish. This keeps the race really fast and aggressive. As I’ve established myself as a strong and aggressive rider that likes to break away, I’ve noticed now that when I attack either the top racers come with me or bridge up to me for the break. It was a lot easier not being known and just getting away solo and powering away for the finish.  But I guess this is a good thing that I’m being marked.

I’ve been pushed and stepped up my level of racing to read the race and what is going to happen based on the course, racers, conditions, and distance.   These are the key ingredients for how the race will play out.  I’ve learned so much over the past couple weeks and it’s incredible what this experience will do for my ability as a cyclist.  I’m living the dream and grateful for every day that I’m here and can go out to ride or race on these amazing roads in this amazing place.  Even through the wind, and rain, and crazy weather it’s beautiful out here and all the towns and cities are really unique. 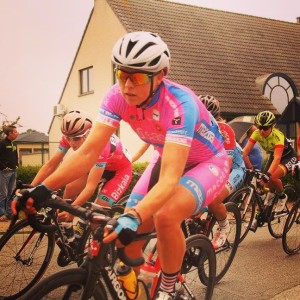 I’ve had the chance to do a little exploring.  I went to Amsterdam for a day and explored the small winding streets with so many canals, bridges and shops.  Since I stayed in Utretch, most people don’t know about this small city, but it is the perfect size to get out for a small ride or see the center, it’s kind of like a mini Amsterdam with less tourists. 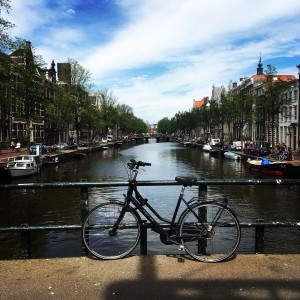 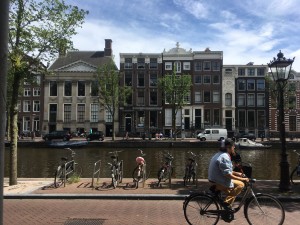 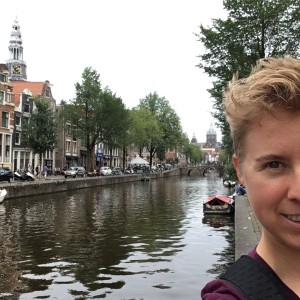 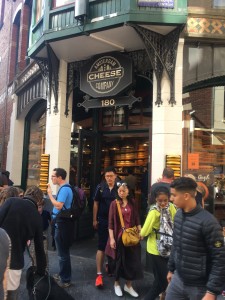 This upcoming week I’ll be back in Belgium, staying with the family again and racing in Belgium. I’ll have 6 races over the next 10 days. The races will be back to road race/ circuit style racing. And good too as I’ll have top world tour races coming up and need to be in 120km distance race shape, and not 60km race shape.

I’d like to thank Health Product Distributors for all their support and helping me to race so strong.  Using the Rejuvenate product and vitamin supplements I’ve been able to stay healthy, in top form, and recover so much better after races.  I feel the difference in fatigue and energy level using the Mayomag (magnesium supplement), and mix Rejuvenate in all of my recover drinks post race.  Thank you for being a part of this journey.